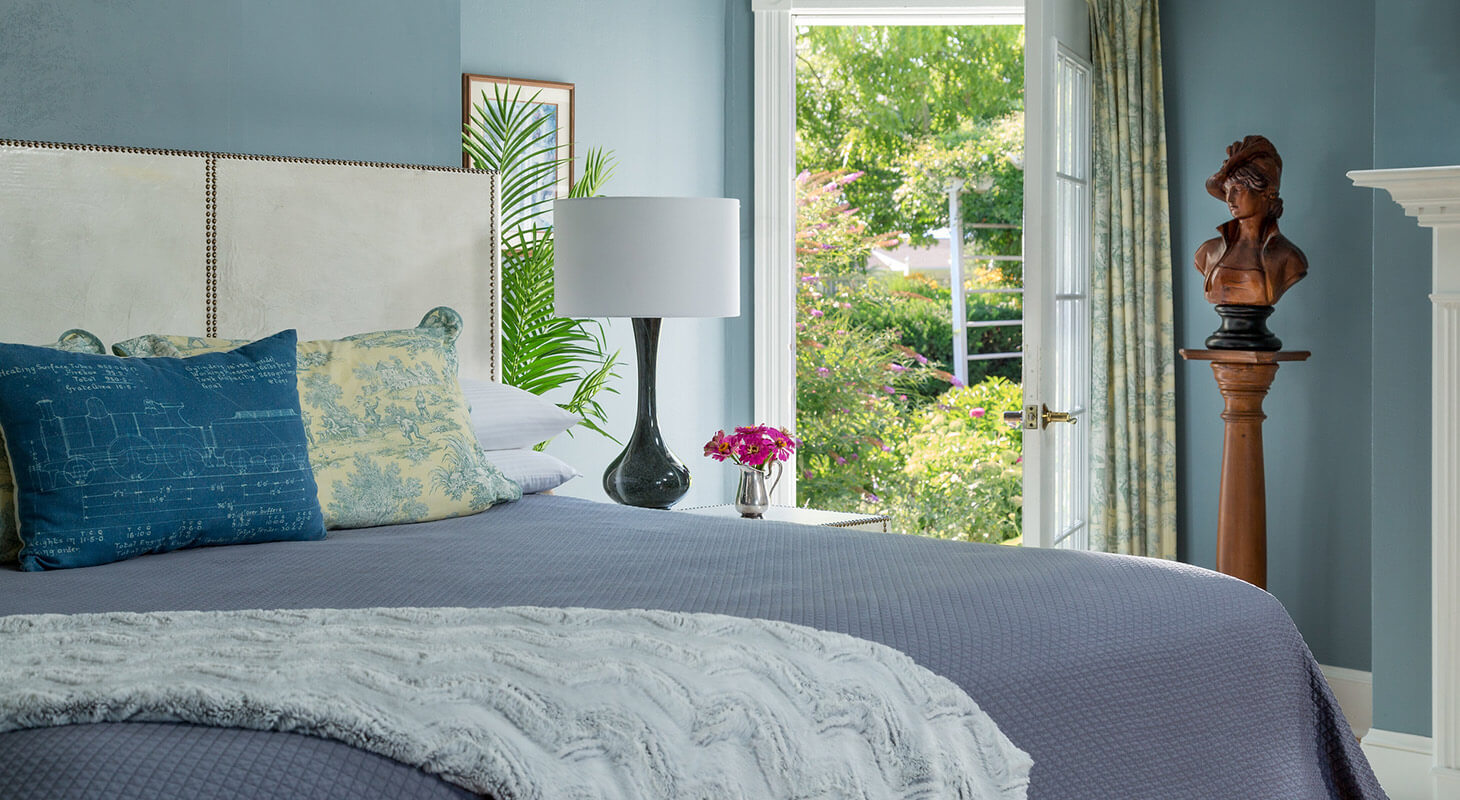 Maurice, our gluttonous Guard/Office Cat, recently made acquaintances with a wandering Garbage Pig. This swindling swine stumbled upon L’Auberge Provençale one day last June and has shown no intentions of leaving since. 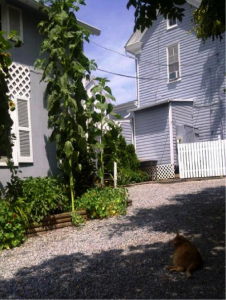 On a sizzling hot day this July, in desperation for shelter from the sweltering summer sun, portly Maurice made a “shady” transaction with the newfound stranger. In exchange for his well-earned table scraps (we told you not to feed him…) Maurice received a handful of “Enchanting Provencale Seeds,” that the hideous hog ensured would hide our fat cat (and his hefty belly) from the summer heat.

Fearful that Celeste would find out he’d been coercing dinner guests on the patio for provisions, Maurice concealed his recent fortune in the flowerbed outside his humble abode. As Maurice dozed off in one of his daily catnaps, the magic seeds (nestled deep in the garden plot outside his air-conditioned office) began to grow and grow… and GROW. 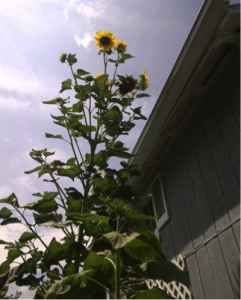 Chilly from the cranked up AC, Maurice awoke and decided to relocate to a warmer location outside for his routine afternoon sunbath. Much to his dismay, he found a 20-foot sunflower stalk standing taller than the office itself and obscuring the sun from his favorite resting spot. 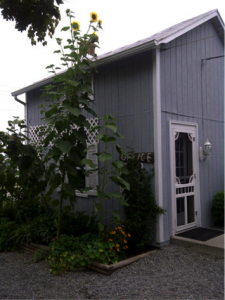 What is to become of Maurice, the Pig and the Sunflower?

Will his stout physic be able to scale the statuesque stalk?

Is there a giant castle hidden in the sky with magic harps and golden eggs?

Or will Celeste scold him for doing business with pungent pig?

To be continued… Fee-fi-fo-fum